You’re Not Alone—Connect with Other Divorced Singles Online!

Sign up for free!
By clicking the submit button above you expressly consent to our Privacy policy including use of profiling to find you matches and you agree to our Terms of use, and to receive newsletters, account updates, offers sent by Meetsweetheart

Why You Should Consider Dating a Recently Divorced Woman

After the end of your first marriage, just getting back into the dating scene is challenging enough, let alone finding someone who understands what it’s like! Of course, with nearly half the modern marriages today coming to an end, there are plenty of divorced singles who are back in the dating scene & looking for love. That’s actually why many divorced people meet other divorced singles: they both know what it’s like “after the marriage,” which means they don’t know what to expect on their date. This creates a low-pressure situation that’s perfect for your first in-person meetup!

Some men are ready to begin dating a divorced woman right after the end of their marriage. Others require more time to process the situation and act accordingly. Both approaches are fine. Ultimately, you shouldn’t push yourself to do more than you’re comfortable with. If you don’t think you’re quite ready to get back out there just yet, then there’s no point in rushing into a relationship. On the other hand, there’s nothing wrong with window shopping!

Once you do decide that you’re ready to start dating again, you’ll be happy to learn that there are tons of divorced women dating divorced men! Like we mentioned, dating someone who’s also recently gone through a divorce creates a low-pressure situation that’s perfect for a first date, but it also gives you plenty to talk about. Not every single will be interested in talking about (or hearing about) past love escapades, but if you can laugh about it, you’re sure to have a lot to say. Doing so can actually be helpful since you can likely learn a bit about past relationships, why they didn’t work out and use that knowledge to your advantage!

People of all ages get divorced, so you won’t have to worry about a smaller dating pool. Although most couples don’t get a divorce until 30, there are still many younger (and older) divorcees for you to chat, flirt, and go out with!

Where Does a Divorced Woman Seeking Man Look for Love?

The first places recently divorced women usually go to meet divorced singles are places they’re familiar with. While it’s rare that they will go back to where they met their previous spouse, that’s always a possibility. Of course, there are also speed dating events and dedicated divorce women’s chat groups they might check out. Generally, most women will look for a partner at:

Of course, there are many other places that women will look as well, but they all have one thing in common: they usually don’t yield the desired results! This is why many women decide to turn to a dedicated divorced dating site instead.

Singles have many options when they decide to look online for love. While there are plenty of dedicated dating sites for divorced people, most will actually join a general dating site instead. This works out sometimes, but they may struggle to find a partner since people who have never been married are generally wary of divorced singles. Since they’ve been out of the dating game for a while, they also might not know which sites best suit their needs, which can lead to them spending a lot of time & money online with few (or non-existent) results—no good!

Chat with Divorced Women on MeetSweetHeart

Ready to start dating an older divorced woman but none of the sites you’ve tried so far seem to be working out? That’s ok. MeetSweetHeart can help! Our safe, friendly, and ever-growing online community make it easy to meet separated singles all across the country, even if you live in a more rural area. There’s no doubt that online dating is better than trying the in-person approach, but if you don’t use the right sites, then it can seem like a waste of time. Thankfully, getting results on our divorced singles chat is very easy. From our streamlined signup process to instant local matchmaking, you won’t have any trouble finding dates (and hopefully, “the one”!).

MeetSweetHeart provides singles with a variety of different ways to reach out for conversation. The most basic is by browsing on the main page. The site will show you nearby singles who could be potential partners; simply see who’s nearby & message the cute ones! If searching isn’t really your thing, there’s a section called the “Like Gallery,” which essentially works like the matchmaking game “Hot or Not,” showing you singles. You can choose to “Pass” or “Like” them & send them a message! MeetSweetHeart also has a feature called “Flirtcast,” which allows singles to send out icebreaker messages to everyone on the platform for an easy conversation starter! 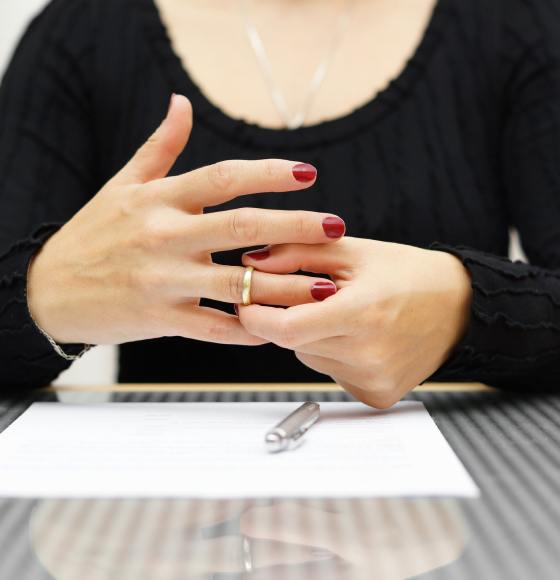 You Should Be Dating an Older Divorced Woman

The option for dating someone who’s never been married is always there, but as a more mature person yourself, you’d probably be better off dating someone who’s also divorced. Not only will you instantly have something in common with your partner, but they’ll likely be much more mature, giving your budding relationship a better chance at success. Mature partners are better equipped to handle the ups & downs of daily life, meaning your new relationship won’t add any more stress to your life—just happiness!

MeetSweetHeart makes it easy to begin divorced dating online. To join the site, you’ll only need to fill out a short, five-field form (providing your sexual orientation, age, email, location, & choosing a password). Once you click the “Join Now” button, you’ve already started your online dating journey! From here, the site will prompt you to provide some additional information about yourself & upload a profile photo. You’ll definitely want to complete your profile info. Think of it as your chance to showcase your personality! Adding some photos to your page is important as well since any divorced woman seeking a man won’t click on a profile without them.

We recommend adding six photos to your page. Upload too many & they likely won’t all be looked at. Upload too few & you might be mistaken for a “fake account”! It’s a good idea to include a small variety of photo types such as selfies, full-body shots, and travel photos. Your uploaded photos act as your first impression when someone sees your profile, which means the photo you choose could make the difference between getting the date or missing out!

As long as you complete your profile, upload some photos, and have a bit of patience, you’re sure to meet plenty of wonderful women online. Eventually, you’ll meet “the one,” but remember: there’s no need to rush! Love works on its own schedule, so it might take some singles longer than others to find online. “The one” is out there & waiting for you. All that’s left is to jump online and find her!

Sign up for free!
By clicking the submit button above you expressly consent to our Privacy policy including use of profiling to find you matches and you agree to our Terms of use, and to receive newsletters, account updates, offers sent by Meetsweetheart